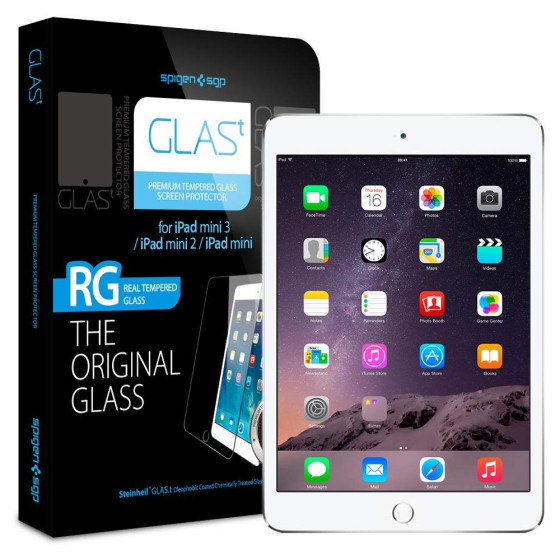 ·         Glossy and Oil-Resistance to easily wipe smudges and fingerprints

Steinheil GLAS.t is made to protect the LCD from damage and scratches with specially processed glass that has been reinforced to increase shock absorbency. The entire surface of the GLAS.t is also transparent. When installed, there are no gaps between the LCD and the GLAS.t which means the touch screen's sensitivity is unaffected. To prevent any excess force from coming in contact with the edges of the screen protector we highly recommend that a case is used with the GLAS.t.

GLAS.t is 0.4mm thick and made with chemically treated, transparent tempered glass.

The surface of the GLAS.t has a hardness of 8-9H, three times stronger than regular PET film. Even sharp objects such as knives and keys will not scratch the GLAS.t.

The GLAS.t has an oleophobic coating that prevents fingerprints and other contaminants and makes the film easy to clean.

The GLAS.t is coated on the back with a strong silicon adhesive that makes installation easy and attaches the film firmly so as to not affect the touch screen's sensitivity.

If broken, the GLAS.t breaks into small pieces that are not sharp, making it safer than other glass products.