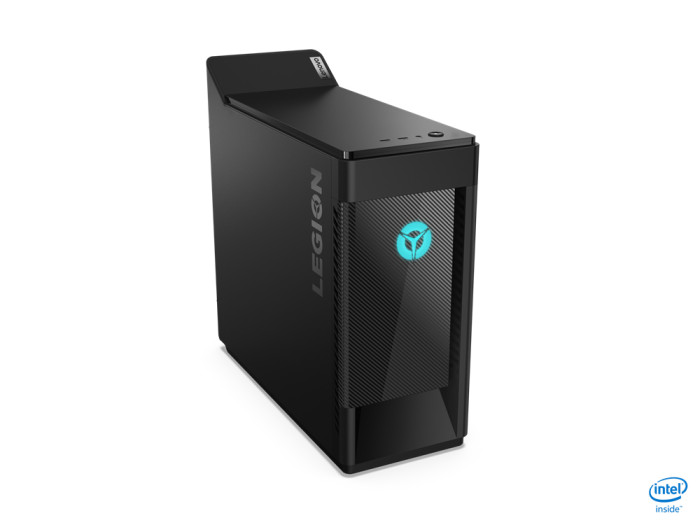 The Legion Tower 5i unleashes overclocked performance via 10th Generation Intel Core K-Series Tower processors for ultimate in-game domination. Push your system to the top of the rankings with 10 cores, 20 threads, and up to 5.3GHz Turbo Boost. You can also game, stream, and record at peak performance via Intel WiFi 6 for the ultimate in lag-free gaming.

Discover your next favorite game

Unlimited access to over 100 high-quality PC games on Windows 10. Join for $4.99 a month during Beta.Download and play new games on day one like —plus recent blockbusters like and critically-acclaimed indie games. With games added all the time, you’ll always have something new to play.Active subscription required; continues until cancelled; game catalog varies over time. Requires Windows 10 and an app to play PC games. See details at xbox.com/pcgamesplan and xbox.com/gamepass

Get super powers. RTX. It's on.

The new NVIDIA GeForce RTX SUPER Series has even more cores and higher clocks, bringing you performance that’s up to 25% faster than the original RTX 20 Series and 6X faster than the previous-generation 10 Series GPUs. It’s time to gear up and get super powers.

Behind the blistering speeds, you’ll find the enhanced Legion Coldfront 2.0 cooling system. It complements the high-octane, peak-performing Legion Tower 5i through improved fin thermals, 150w CPU cooler, and larger fans that keep the air circulating throughout the airy 28L interior.The optional liquid cooling system makes your machine even quieter, with optimally cooled components to further optimize frame rates. And with Q-control, you can cycle through performance, balance, or quiet mode to suit your needs. So go ahead, unleash your raw, savage inner beast or minimize the noise to get more done.

The gamer-inspired look and feel of the Legion Tower 5i begins with its robust and solid frame. It holds a hefty 28L of interior volume, while sporting ample port selections and a carry-handle installed in the rear—the building blocks of a true battle-station. The blue LED logo illuminating the Phantom Black casing rounds out the stunning design, with optional transparent side panels and internal ARGB lighting to showcase your rig for all to see.

Visuals to lose yourself in

Customize your desktop experience. Choose your own Lenovo Monitor or a screen from Lenovo Legion’s ever-expanding gaming portfolio. It covers a range of sizes and segments from professional-grade and curved monitors with up to 165Hz high refresh rates to mid-size monitors with the latest tech for the more ambitious eSports gamers.

You're firmly in the driving seat

Enjoy battle-ready performance, immersive experiences, and seamless gameplay with Lenovo Vantage for Gaming. Choose Performance Mode for your apps and games to calibrate automatically. Overclock CPUs and GPUs and use memory release to push frame rates to the limit. Downshift to Quiet Mode and save battery life. Or choose Balance Mode for normal use. And control it all from one place.

Delivering legendary performance, reliability, and aesthetics, Legion gaming accessories are crafted to help you win. Whether you need an armored bag to protect your gear, a precision mouse to improve your aim, or a tactile keyboard for fearlessly commanding your siege, each addition makes a powerful ally on your path to victory.